There’s almost nothing more refreshing than a cup of coffee in the morning. If you love your coffee fresh, then you’ll know there’s no better way to have it so that by grinding it freshly. Coffee goes stale pretty fast, so buying pre-ground beans may lead to the loss of some flavor. Grinding beans every single day may seem like a lot of trouble. But there are several solutions to this, right from automated ones that range from unbelievably cheap to unbelievably expensive. You can get a coffee grinder that lies somewhere in between too, but the best coffee grinder will be one to grind your beans to a uniform size, maximizing the flavor.

Why use a coffee grinder?

For some, making good coffee is as simple as pouring roasted beans in hot water. But to make a good coffee, you need to fill out your supplies with a little more equipment, one of which is a grinder. A grinder’s job is to break up coffee beans into smaller, individual and ideally, uniform-sized grounds, a mediator between the two ingredients to ensure your coffee tastes as wholesome as possible. The grounds are then steeped in water so a certain amount of coffee is extracted into the water. This is what gives the coffee the great taste we all know and love.

Good coffee has a great discernable flavor that’s able to be differentiated from different coffee beans and depends mostly on the preparation method. Lots of factors will influence the taste, among which, how long the coffee is steeped in water and their resultant dissolution in the solvent.

To get the best taste, the coffee should be extracted evenly. And in order to achieve that, every individual grind should be as close to the same size as possible. If the sizes are too varied, water flows around the coffee rather than through. This leads to weak and under-extracted coffee. If you do achieve the smaller sizes, in this case, way too small, they begin to dissolve as soon as they touch the water. These are referred to as ‘fines’ by enthusiasts and lead to over-extracted coffee. In short, you want to get a grinder that crushes the beans as precisely and evenly as possible.

Before we get down to our selection of the best coffee grinders, there is one important thing to understand about coffee grinders. There are two main types that coffee snobs will often argue over blade and burr grinders.

The problem with blade grinders is that they aren’t too good at grinding coffee beans to a uniform particle size, and you’ll find yourself with an uneven brew whose outcome is unpredictable. Burr grinders are more efficient – better grinding ability – but come with the catch of higher pricing, so not everyone will be able to afford them. Burr grinders use two serrated chunks of metal placed some distance away from each other, rotating to crush the beans to a finer, more practically usable size.

There are two main types of burrs. Although there’s a lot of debate over which type is better-performing than the other, they perform pretty similarly in our expert opinion, so that shouldn’t be anything to worry about.

Flat burrs feature two rings parallel to each other with space in between them. The coffee beans enter through the ring and enter to be sheared into fine grounds. Conical burrs, on the other hand, have a cone inside a ring that does all the grinding for you.

Steel burrs are cheaper and more common to find in coffee grinders but aren’t as durable as ceramic burrs. Ceramic burrs are mostly found in manual hand grinders, especially when grinding espresso beans.

The Virtuoso is an all-rounded machine that’s a solid pick for anyone who’s not in the market for espresso. It has a much consistent grind than any other machine in its price range, with grinds of optimal size and the least amount of large chunks as compared to the number of smaller, finer chunks.

If you’re wondering, the magic behind this glorious feat is its proprietary hardened-steel conical burrs. It’s near impossible to find any other coffee grinder in its price range that comes even close to matching its performance when it comes to achieving a regular grind.

Perhaps you’ve heard of the Mahlkönig, a multi-thousand dollar machine that you’ll find in high-end coffee shops and specialty coffee programs. It’s considered the holy grail of all coffee grinders and worshipped among coffee aficionados as the hallmark of 21st-century engineering. The Baratza Virtuoso is a somewhat extraordinary machine because. Whereas it doesn’t achieve as consistent a grind as the Mahlkönig, it comes pretty damn close.

Worshippers of the Mahlkönig will tell you that what makes the difference between a good and not-so-good grind is the shape of each particle, that’s what makes the biggest difference in taste, and what sets a good grinder from a not-so-good grinder. There’s almost no discernable difference in za is a company that specializes in producing high-quality products specifically for home use. This is important because repairs and replacement parts are cheaper and easier to find. You can see these parts on the company’s website, because besides, it never hurts to have an extra burr, just in case.

At a close second is another product by Baratza, essentially a cheaper cousin to the 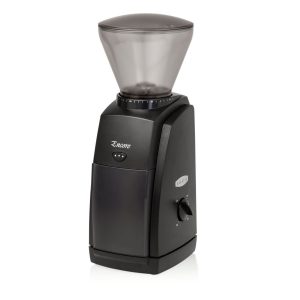 Virtuoso. The Baratza Encore features the same performance you’d expect from a Baratza machine. They both look pretty similar, but the Encore has a less refined body and feels bulkier.

Performance-wise, it doesn’t perform as great as the Virtuoso but will still make a respectably good price of coffee for a grinder in its price range. It’s noticeably less accurate its cousin, with slightly coarser grinds, but as compared to many machines you’ll find out on the market, this comes out as one of the top contenders. 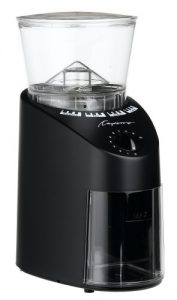 The Capresso Infinity retails for $100m and despite all the bad rep machines at this pricing point or less for having false burrs (these are just blade grinders in disguise), it’s a pretty solid machine that provides a very consistent grind.

The outcome won’t be as great as the Encore or the Virtuoso. But is still good enough to oust some poorly-made and more expensive machines like the OXO. If you simply don’t have an extra $30 to get the Encore, this is your best pick. Any lower and you enter the realm of poor quality picks – an area you really want to dive into.

If you’re one of those people who needs just one dose of caffeine a day, a manual coffee 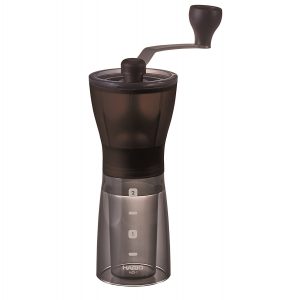 grinder is going to be a money saver. If you’re just out to save money, have no regard for labor, and drink multiple cups of coffee within your normal work day, the Hario Mini will prove to be quite the task if you decide to get it.

It will leave you feeling sore when finish grinding. It features a thin, hourglass shape that makes it easy to grip and crank. It’s a lot cheaper than similar models too. And when on the drip setting, it performs almost as great as the Virtuoso. 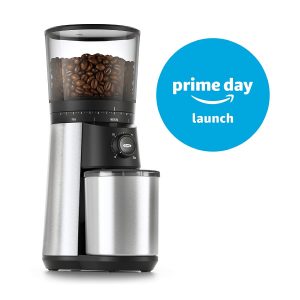 The OXO Coffee Grinder, as is pretty good at what it was made to do. At $200, it’s pretty affordable and durable. It features an integrated scale that gives you some level of precision while measuring the number of cups or the weight of coffee that you want to place ratioed against water.

However, it does produce somewhat less precise grounds than our top picks. The built-in scale is a nice-to-have but isn’t enough to make up for inconsistent performance.

On the list of companies that are credible for their ability to produce worthy grinders, 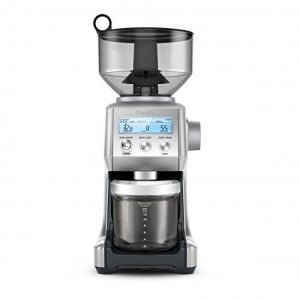 Breville is another company that comes out on top. It’s famous for making a variety of grinders that range in price. All the way from relatively affordable $180 machines to the $300 range. The Smart Grinder is one of the more affordable machines.

It’s famous for being one of the most common machines to feature in lots of ‘best coffee grinder’ roundups. So it would only be right to bring it up here.

The Breville BCG820BSSXL features an easy-to-use programmable interface that allows you to set the number of cups/shots you want to make. Also, the machine will measure the number of beans required for you. It automatically adjusts the grinds size and brew strength with great accuracy, especially when it comes to the grind size, but it still isn’t as accurate as our top picks to fill out the same role.

The Virtuoso produces a far stronger brew and retails for more or less the same price as the Smart Grinder. The main reason this machine couldn’t make it to the top is that it produces a strange rubbery smell during preparation that may make you more uncomfortable and a grounds receptacle that’s pretty difficult to use. 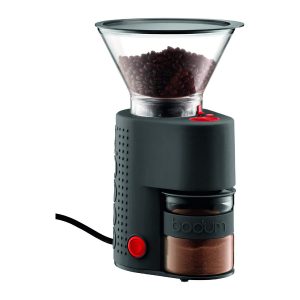 The Bodum Bistro is yet another popular option for those on a budget. And would prefer to go for an option that’s below the $100 mark. However, the Capresso infinity is still a better buy. Because it has more grind settings and a higher customer satisfaction rate than the Bistro.

If you want your grinder to last, it’s essential that you clean it from time to time. If you’re a regular coffee drinker, about once every month should suffice. All good grinders come with a user’s manual which should explain how to carry out the process. If you decide to go with one of Baratza’s products, they even come with a complimentary brush.

If you notice your coffee maker producing an excess of fine grounds, your burrs are probably getting duller and you need to replace it. As mentioned before, though, ceramic burrs can last much longer than their counterpart steel burrs before needing replacement. They are much more expensive, though, so they wouldn’t appeal for the average coffee drinker. These types of grinders, for instance, the Mahlkonig EK43, can go for as much as 14,300 pounds before needing replacement, which is practically a lifetime worth of good coffee.

Best Car Wash Soap: How to Choose the Right One?