There are a whole lot of different pregnancy tests out on the market today/ In fact, both well-known and generic brands populate the market. Picking at random is well and good. However if you really want the best pregnancy test that can give results in the shortest amount of time, there are some factors to consider.

Then, there are quite a number of things that make one test better than the others. This guide isn’t meant to be a definitive guide but should give you a rundown of what to look for. It also provides a few choices you can browse through and consider if they fit your situation. The main issue most women worry about when using these tests is that they won’t be accurate. Having the proper knowledge of how to use them, and even more importantly when to use them can help eliminate this problem.For that reason, here are a few factors to have in mind before settling on a pregnancy test.

Things to Consider When Looking For the Best Pregnancy Test

Before settling on a pregnancy test, there are a few questions you need to ask yourself. Based on the responses, you can then settle on a test that suits your needs best. The most important of these are:

All of these questions are specific to the test itself, and answering them properly is the best ways to ensure you are purchasing the proper kit. Each is of varying importance, though, so it will ultimately come down to what’s the most important factor for you.

Despite the fact that the main candidates for a pregnancy test – those who want to be pregnant and those who don’t – are at the opposite ends of the spectrum, they have one thing in common. They both want to find out as soon as possible whether the pregnancy is present or not. The greater part of pregnancy test available is designed to detect the presence of HCG (Human Chorionic Gonadotrophin).

HCG is a hormone that usually shows up in the blood and urine during pregnancy, normally six to ten days after conception. Different pregnancy tests are made to different standards. Inevitably, some will be more sensitive than others. This is the main factor that determines how soon this hormone is detected.

Brands that have been out in the market for longer, hence well known, are the most sensitive ones you can find. They can detect HCG very early when there’s as small a concentration as 50 mlU/ml present. If sensitivity is the greatest factor you are after, you’re better off choosing more renown players in the market.

Cost of the Test

The cost of a pregnancy test will invariably affect whether you go for it or not. They come in different ranges of pricing points, some of which can be found online or locally. The former option will be a better choice if you’re to go for convenience. Besides, some companies offer discounts if you buy online as compared to the retail price. However, some generic brands go for as little as a dollar, but there’s a lot to worry about. If you’re willing to sacrifice reliability over cost, you’re good to go.

The more renowned brands are comparatively more expensive but are still quite a drop from what they were a few years ago. They’ve also increased in accuracy and are the most reliable choice for a few extra bucks. It’s always a better choice to go for better-known brands to give yourself a peace of mind.

There are two main kinds of pregnancy tests: midstream style, which is the kind of test where the user urinates on the stick; and dipstick style which is the kind where the urine is captured in a cup and the test dipped into the urine for some time. For most, the latter kind is the more preferable option since you don’t have to worry if there was enough urine on the stick when using it.

Both style of pregnancy test is pretty easy to use and the instructions are easy to follow. However, some women don’t know that the test needs to be kept in the stream of urine for about seven seconds. The cap is then replaced and you will have to wait for an average of four minutes for the results to show up. Whichever way you prefer, be sure to read the directions that come with the product and follow them to the letter.

The width of the strip

This is what will primarily dictate how easy the strip is to use. As a rule of thumb, test strips that are wide are much easier to use than narrow ones. What’s more, wide tests are also generally easier to read and use in general.

One of the most long-standing reliable ways of trying to deduce the worthiness of a pregnancy test is what other people have to say about them. Of course, not all feedback is going to be in a positive light because it’s virtually impossible to make everyone happy. However, there should be a general consensus about the quality of the product. If most of the reviews are good, then you have a foundation to stand on, at least.

There are lots of different types of tests out on the market. They vary in terms of specifications and how they work. This is the greatest factor that determines how sensitive they are (and consequently, accurate). 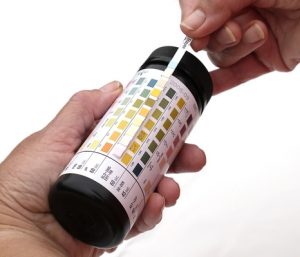 These are the traditional pregnancy tests. They generally feature the simplest design and are pretty simple to use: simply place the test stick into a urine stream for about seven seconds. If it detects HCG, it will show a positive result. The urine stick is also generally inexpensive.

However, depending on the brand, they may be difficult to read, so you may not be completely certain about what it’s showing you. It may need a few tries before you are totally able to confirm what’s showing.

These work similar to the urine tests, with the main difference being the results are shown 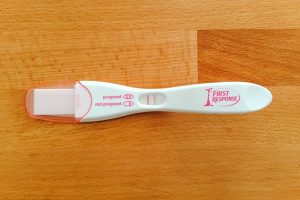 in words rather than lines and symbols. The convenience comes at an extra cost, so they are, in most cases, more expensive than urine stick tests.

However, they are more sensitive and can detect pregnancies much earlier than test sticks can. 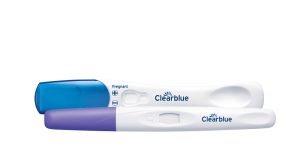 Ultimately, these are the most expensive of all the kinds of tests on this list, but it’s definitely possible to get some sweet deals on the combo. 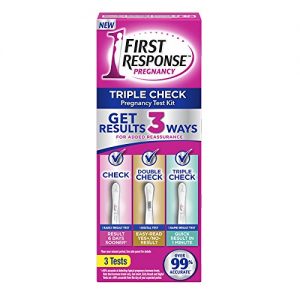 First Response is one of the biggest players in the pregnancy test market. It’s also one of the best-known brands, has been around for quite a number of decades. If reliability and reputation are some of the factors you’re looking for in a brand, this is a solid choice. The pregnancy tests come in a pack of three and work in the fastest times of all tests on this list; as early as 6 days.

It’s a fairly sensitive test and can detect even tiny amounts of HCG, which is characteristic of women in the early onsets of pregnancy. This is the main reason it’s so sensitive as compared to other pregnancy tests. It also has a long, comfortable handle that you can grip on. This means you don’t have to struggle when urinating on the test area of the stick. The test stick is also twice as wide as the next closest tip on this list, making it even easier to target.

It’s also similarly easy to understand: one line – not pregnant, two lines – pregnant. However, you still have to wait three minutes to get your results. Considering it’s one of the best selling brands out there, and states 99% accuracy, it’s definitely worth going for. 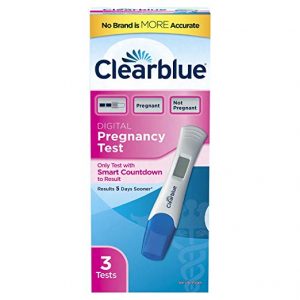 you whether the test is working properly or not and that the results are coming. This is a feature unique to this test, and one of the factors that makes it so favored among women. The results are also given in words as either ‘pregnant’ or ‘not pregnant’.

One of the strongest points this test tries to promote is hygiene. For that reason, it comes with a test cap that you can use to put one end in after gathering some urine. It also has a pretty wide tip, which creates less room for error when conducting the test. Depending on your preference, you can either use a clean plastic cup or do it the more traditional way.

With the traditional test, a common failing point was when urine gets into the test and prevents it from working properly. The Clearblue Digital Pregnancy Test features Floodguard technology that’s meant to prevent exactly this from happening. If used on the day of your period, this test claims over 99% accuracy, which is pretty difficult to confirm, but the reviews seem to back it up. It’s also possible to test up to a maximum of 5 days before a missed period.

Most accurate and sensitive pregnancy test 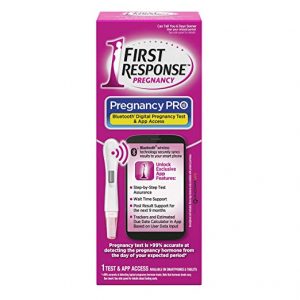 Once again, First Response comes onto the list with a system that was designed to apparently never fail. Their Pro Digital Pregnancy Test Kit is one of its kind, owing to its inbuilt technological system. It’s quite unique in that, unlike most other tests out there, it enables the app to access and Bluetooth. These are some of its best perks, and what has made it such a prodigious figure in the industry.

Another favored feature of the Pro Digital Test Kit is that it sends safe results to their users, unlike most technological pregnancy tests. Moreover, along with the result comes a customised action plan and cycle and also pregnancy aid. The app is also thankfully customisable – with the action plan inclusive of trackers and the ability to approximate the due date on a calendar.

Despite the fact that first-morning urine usually contains the highest levels of HCG (it builds up while you are asleep), this test is sensitive enough to not require it. In fact, it has the longest test period gap of all the tests – you can take the test 8 days after you’ve missed your period. Overall, using this test wholly enjoyable and unique to use.

Since First Response already has the brand name to back their claims, it’s possible to believe the veracity of 99% accuracy on the first try. In fact, the performance of this brand is known to be along the same lines as its brother – the Early Result. The only real difference is this one has more technology involved. This technological superiority also aids in its overall accuracy.

Picking a trusty pregnancy test is often times a consuming task, as there is a diverse number on the market. Accuracy and efficacy play a big role when it comes to choosing one and unsurprisingly is the biggest worry for most women. All the three reviewed brands are selectable and have been in the market for a considerably long time. They are all well known and have the best feedback from users.

All these brands have an irrefutable reputation and will definitely demonstrate excellent performance. There are reliable digital options and smartphone apps that have the accuracy and efficacy to ensure that the results delivered are secure and accurate.